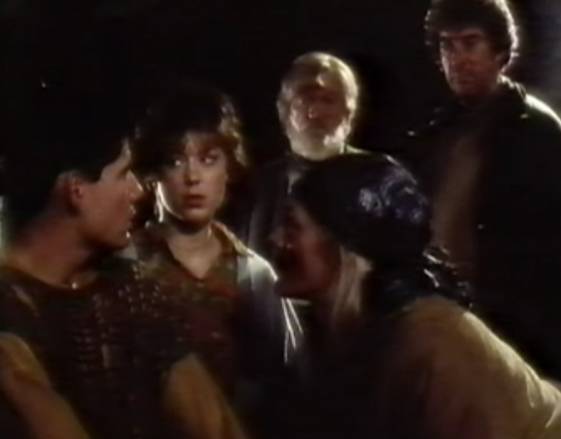 In Episode 8 Gervase and Julia have been taken prisoner by resistance fighters from The Wastelands. The leader, Colley, wants to kill Gervase to settle the account for the death of his number 2, Fen. Luckily Arthur is on the scene to stop that happening. Arthur quickly discovers that Gervase has been brainwashed by

Meanwhile Brigadier Clarke is trying to discover what Mordrin really knows about Gervase and in a twist we learn that the Brigadier is Julia’s father. In a further twist Arthur reveals to Julia that Mordrin is his son and that he has evil in his heart. In real life Patrick Troughton was only 9 years older than John Woodvine and both look roughly around the same age.

There is a definite whiff of the King Arthur legend growing around the series as it progresses, although the name is subtly different – Mordrin instead of Mordred. In Arthurian legend Mordred is a traitorous enemy of Arthurs and both were supposed to have been killed at The Battle of Camlann. 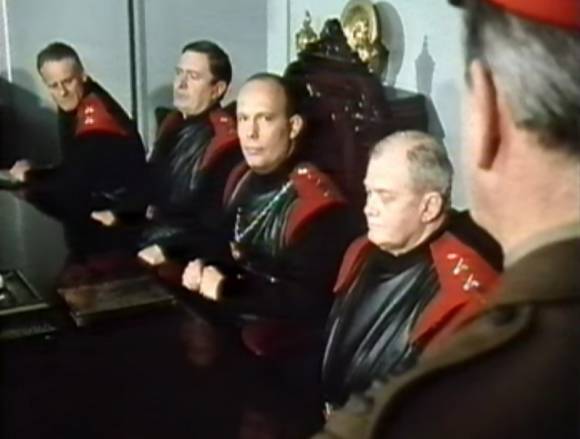