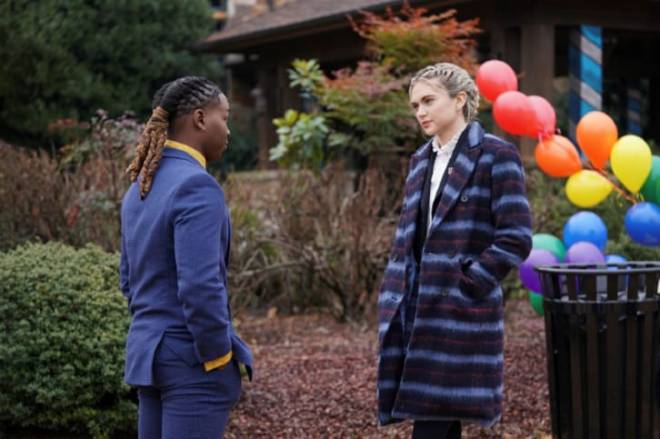 Yup, It’s a Leprechaun, All Right: After the Salvatore School runs into some financial difficulties, Lizzie (Jenny Boyd) suggests they hold their first fundraiser. While Alaric (Matthew Davis) attempts to work things out with the bank, he puts Kaleb (Chris Lee) in charge of overseeing the events at the school.

Elsewhere, Cleo (guest star Omono Okojie) helps Hope (Danielle Rose Russell) cope with her emotions, while MG (Quincy Fouse) seeks help from Alyssa (guest star Olivia Liang). Finally, when a leprechaun shows up at the school, it might just be what they need to turn their luck around.

Continuing the tradition of The Vampire Diaries and The Originals, the story of the next generation of supernatural beings at The Salvatore School for the Young and Gifted. Klaus Mikaelson’s daughter, 17-year-old Hope Mikaelson; Alaric Saltzman’s twins, Lizzie and Josie Saltzman; and other young adults come of age in the most unconventional way possible, nurtured to be their best selves…in spite of their worst impulses. Will these young witches, vampires and werewolves become the heroes they want to be — or the villains they were born to be?