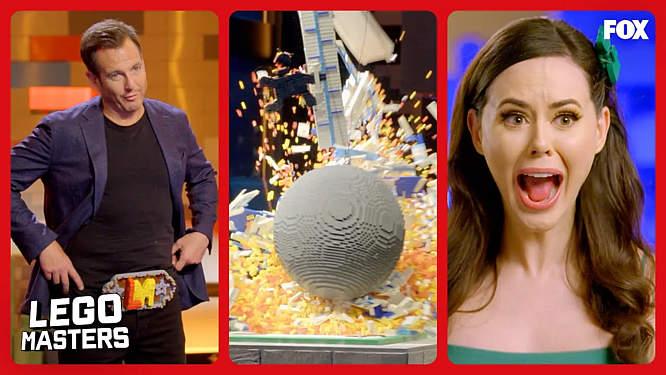 With only four teams remaining, the competitors are divided into red and blue teams and challenged to construct a quick and stylish race car. Ten laps in the car each team builds are to be completed by the driver they choose. The build judged to be the most aesthetically pleasing will begin in first place. The team’s ability to work together to reassemble a LEGO tire during the pit stop on lap five is the ultimate teamwork test. The first team across the finish line will avoid elimination.

Based on the hit British reality-competition series of the same name, LEGO Masters brings imagination, design and creativity to life when teams of LEGO enthusiasts go head-to-head, with infinite possibilities and an unlimited supply of LEGO bricks. Teams of two will compete against each other in ambitious brick-building challenges to be crowned the country’s most talented amateur LEGO builders. In each episode, the competing pairs who most impress the judges will progress to the next round, until the finale, during which the top teams will face off for a cash prize, the ultimate LEGO trophy and the grand title of LEGO Masters.