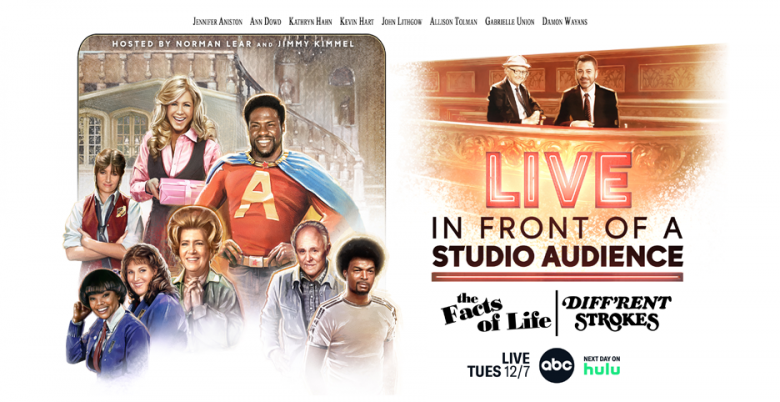 The one-night-only live event will reunite executive producers Norman Lear, Jimmy Kimmel, Brent Miller, Kerry Washington, Will Ferrell, Justin Theroux and Jim Burrows and will feature an all-star cast with John Lithgow who will play Mr.Drummond, Kevin Hart assuming the role of Arnold and Damon Wayans and Ann Dowd who will play Willis and Mrs. Garrett in“Diff’rent Strokes.” The cast of “The Facts of Life” will be named at a later date.

Live in Front of a Studio Audience is a series of live broadcast television events that feature an all-star cast recreating episodes of classic sitcoms.