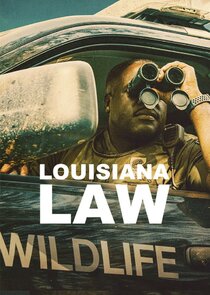 Road Killer: A careless hunter is investigated for shooting down the highway in Jackson Parish; agents observe a man suspected of two illegal deer kills; some duck hunters are accused of harassment; a crowded boat parade winds up with citations.

Louisiana Law follows the men and women of the Louisiana Department of Wildlife and Fisheries as they patrol one of the most geographically diverse states in the U.S., with a jurisdiction that ranges from 200 miles out into the Gulf of Mexico up to the border of Arkansas. With the authority to enforce all fish and wildlife laws in addition to state and federal criminal laws, the wildlife agents of Louisiana are tasked with protecting the natural resources of the state and are on call 24 hours a day, seven days a week, often patrolling alone and miles from backup.