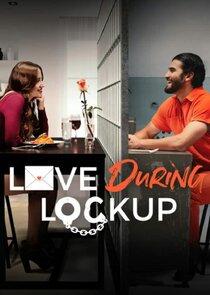 Jail Bait & Switch Hottie is confronted by Tai regarding his other fiancée. Justine receives a bombshell from Michael’s sister, and Emily issues a warning to Dauri. Dustin’s revelation stuns Jessica; To learn the truth about Mikey, Chelsea goes to the courthouse.

Love During Lockup follows even more riveting firsts through the early stages of love, with plenty of romance, suspicion, and investigation, all long before a scheduled prison release. Every non-con has a unique strategy for finding love behind bars – whether they only seek drug offenders who are believed to be nonviolent, or a prison bae pushing a wrongful conviction. Other lonely civilians are simply on the hunt for their very own ‘hot felon,’ with the model mugshot to prove it. Voracious viewers of the franchise are in for more drama, more mystery, scams, catfishing, and more crazy reveals than ever before. Love During Lockup will document the fascinating drama that unfolds when ordinary people first decide to pursue relationships with prison inmates, and an early dating period filled with a very specific set of unique challenges.