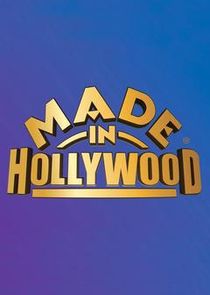 Made in Hollywood is an entertainment-focused television series hosted by Kylie Erica Mar and Julie L. Harkness airing in syndication since September 30, 2005 which mainly features press junket interviews with Hollywood actors and musicians promoting current and upcoming films and albums. The series is currently in its ninth season. Made in Hollywood also airs a spinoff series, Made in Hollywood: Teen Edition.