In By The Book Walter is working undercover on his own initiative trying to gather enough evidence to prove that the duty sergeant at Shelborough police station is on the take when it comes to drunk drivers.

This of course ties in with just why David has been struck off in the first place. If David and Walter can prove that samples are being switched it could help get Main re-instated.

Another appearance in the series from David Savile, here playing Edward Bellingham, the ex-husband of Laura. He wants David to arrange the selling of a New York flat that he gave to Laura in the divorce settlement and she is keen to sell it back to him. Savile had previously appeared in season three episode Acting For Self as a shady property developer called Buckley.

This episode also marks the entry of solicitor Andrew Retford, played by Gary Bond, who meets David through Laura. Bond was yet another actor who had appeared in the series before in a different role. He was in the season 3 episode Widow’s Mite but he becomes a bit of a season four regular from now on. 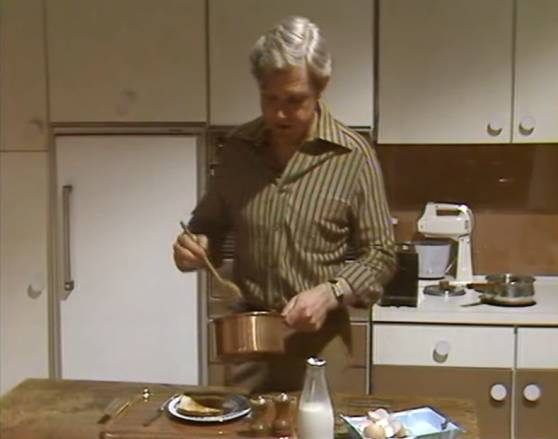 David shows off his cooking skills – scrambled egg on one piece of dry toast.

Another no show from Margaret (Margaret Ashcroft was currently appearing on The Brothers on BBC-1) airing at the same time as this season. Henry though makes a strong appearance representing David in his appeal to the Law Society. With a month to wait for the result of the appeal David takes up Laura’s offer of a cruise and the episode ends with David returning with a rather fake looking tan to find Henry and Walter waiting with the result from the Law Society. This time David’s appeal is upheld and he is can practice as a solicitor again.

classic quote
“will you bring my car Walter, I still hate driving these roads.”