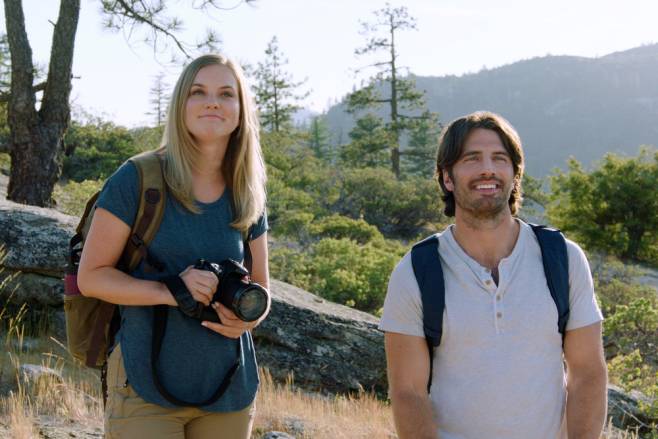 In Marry Me in Yosemite, Zoe (Cindy Busby) earns a living by publishing coffee table books featuring iconic images and backdrops under the name Zoe’s Best. Both her debut book, Zoe’s Best of Chicago, and her most recent, Zoe’s Best of the Midwest, were successful. Her publisher now wants to expand the brand’s reach across the country, beginning with Zoe’s Best of the West: Yosemite. When Zoe travels west and reaches Yosemite Valley, the park’s breathtaking majesty leaves her speechless.

When Zoe first arrives at her hotel, she is looking for a guide. She runs into park ranger Sage Morningstar (Lexy McKowen from “Chasing Time”), who tells her about Jack Hawkins (Tyler Harlow), a conservationist and former rock climber who occasionally serves as a guide but is typically “off the grid.” After a rocky start, Jack decides to support Zoe in her quest for the ideal shot.

Along the way, Jack and Zoe start to develop a romantic relationship. While Zoe aids Jack in appreciating the artistry she has attained, Jack urges her to look “inside the photos” to see what they reveal. Zoe wants to take “that one photo that will show I’m an artist, not just another photographer,” despite the fact that many of her images are stunning. Will she ultimately pay more as a result of her pursuit of perfection?

“Marry Me in Yosemite” is from Johnson Production Group. Timothy O. Johnson is executive producer. Robert Ballo and Robin Conly are producers. Kate Lutgu serves as line producer and Joseph Wilka is co-producer. Bruce Johnson directed from a script he wrote.