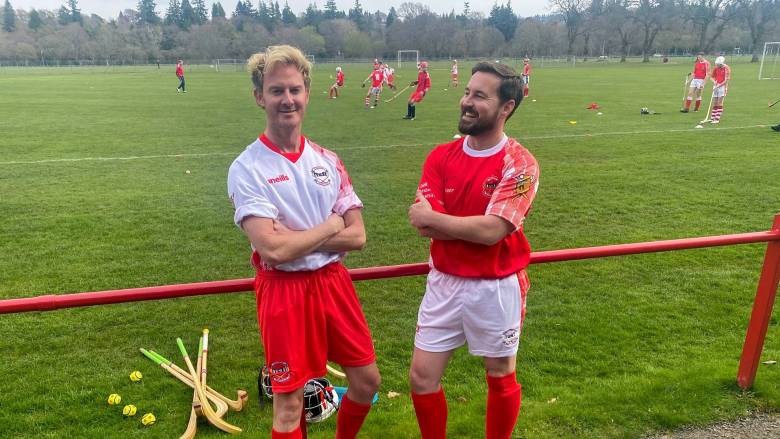 By competing in their very own Highland Games, actors Martin Compston and Phil MacHugh embarked on a sporty exploration of the north of Scotland.

The North of Scotland Kart Club’s Little Ferry Circuit in Golspie, which is located at Britain’s farthest-northern racetrack, serves as their starting point. Here they meet former racer Abi Munro and learn how important the track is to the neighbourhood. The boys then put on their racing outfits and engage in a karting time trial.

Then it’s off to Invergordon to meet the Stoltman brothers, two modern-day Highland giants who live in the shadow of the enormous oil rigs that line the coastline. They’re going to put the boys through a typical strongman workout, but only after a chilly dip in the North Sea. Tom is the two-time World’s Strongest Man, and his older brother Luke is an ex-European champion. The mighty strongmen also exhibit an unexpectedly emotional side, proving that it’s not all about brute force.

Martin and Phil then make their way to Inverness, the Highlands’ capital, to refuel their weary bodies with lunch—but not just any lunch. They stop by the Alleycat Restaurant to chat with the owner and chef Andrew Bartlett and sample some of his vegan takes on some beloved neighbourhood scran.

They then take the field to compete against the Inverness Under-17 shinty team with sticks ready. Under the watchful eye of ex-Scotland captain and manager Drew MacNeil, the boys receive a crash course in the Highlands’ shinty culture.

Martin Compston’s Scottish Fling follows the Line of Duty actor Martin Compston as he returns to Scotland from his family home in Las Vegas. Reuniting with his friend Phil MacHugh, together they set off on an immersive and personal journey to showcase what makes modern Scotland tick, finding out who are the people and places shaping the future of one of the greatest small countries in the world today