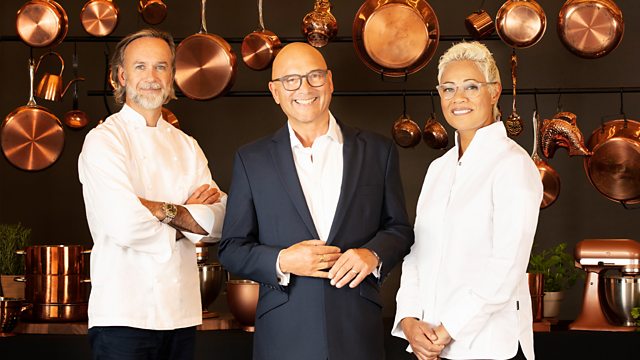 First, they face an Invention Test in which they must create a standout dish centered around colour. With an abundance of colourful vegetables, meat and fish to choose from, they have ten minutes to select their ingredients and 60 minutes to prepare and serve a dish. Will the contestants be bold and creative enough to stand out from the pack?

Then the chefs face the challenge of cooking for three of the UK’s toughest restaurant critics: Grace Dent, Jay Rayner and Tom Parker Bowles. They have one hour and 15 minutes to deliver a perfectly executed and memorable two-course menu that will excite the palates of the critics and the MasterChef judges? Only the two most talented contenders will make it through to the semi-finals.