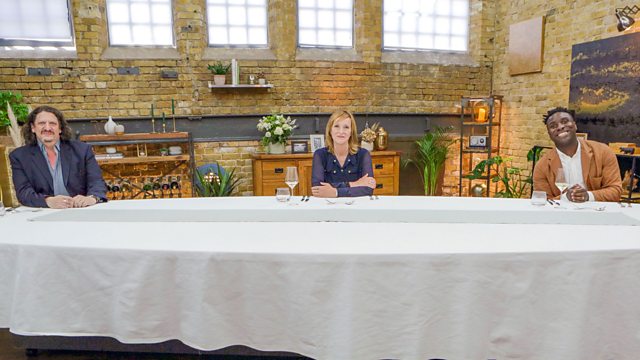 First, it’s an Invention Test. Marcus and Monica ask the chefs to create a dish based on the theme of cheese. With ten minutes to select their ingredients and 70 minutes to cook, the chefs must act quickly to produce an accomplished dish that balances the bold flavours and textures of cheese. Will they be brave enough to think out of the box?

They then undertake the daunting task of cooking for three of the UK’s most discerning restaurant critics: Tracey MacLeod, Jimi Famurewa and Jay Rayner. Under the increased pressure, they must keep their focus and deliver an ambitious and memorable two-course menu in one hour and 15 minutes. Only the most talented chefs will go through to the semi-finals and continue their pursuit of the MasterChef: The Professionals title.