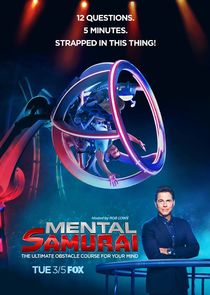 Lowe welcomes contestants, including an Army veteran, medical lab scientist and animal activist, one of whom may defeat the Circle of Samurai and win over $100,000.