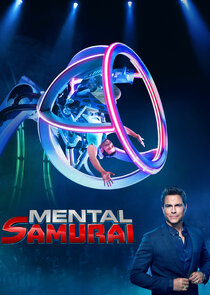 Rob Lowe welcomes contestants, including a professional stilt walker, a poker player, an aspiring astronaut and a jewelry designer, one of whom may defeat the Circle of Samurai and win over $100,000.