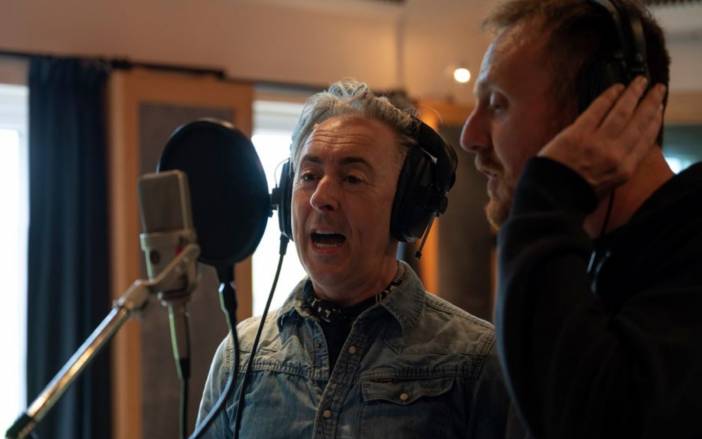 Alan and Miriam head to the remote village of Ullapool, as Alan reveals he’s on the hunt for a home to retire in as a showbiz recluse. If not for one problem – midges. With net hat and gloves at the ready, our celebrity couple split up as Alan does a spot of house hunting from Loch Broom, whilst Miriam meets an ethnobotanist, to create a midge repellent for Alan.

Onwards, the pair travel to meet a Gaelic musician Griogair Labhruidh (‘Grigar Lowry’), in a bid to fulfil Alan’s dream to record a song in the local language. Whilst he wraps his tongue around the lyrics, Miriam does percussion – chasing the resident goats for the ‘sounds of nature’.

When Miriam confesses she has her own bucket list item – to go up a mountain –the pair take on the mighty Glencoe in a novel race to the top. They also meet Susan, a Pagan witch who involves them in an ancient healing ritual and night-time fire ceremony as her masked friends gather.

After a detour to the “wobbly bridge” to pay homage to Alan’s maverick granny, the pair return to Ardgour for the world premiere performance of their Gaelic track to the locals.