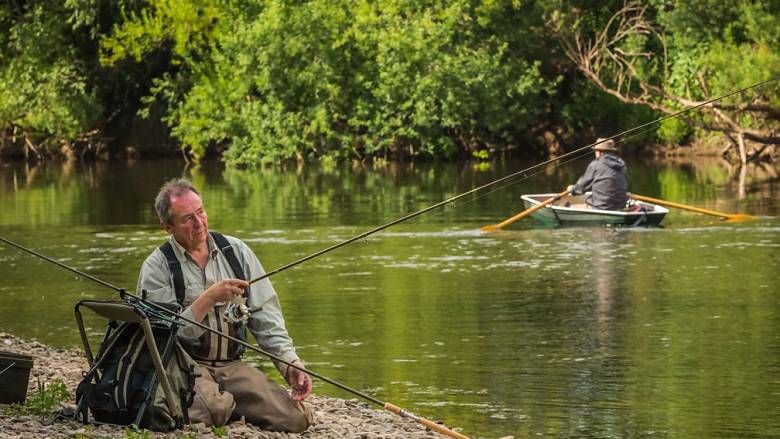 Ted the old terrier is abandoned on the river bank as Paul and Bob set out in a punt to fish for perch in a weir pool on the River Thames because he is not permitted to ride on the boat with them. They talk about the rewards we give ourselves in life, no matter how small they may be. Comedian Richard Herring also joins the pair for a filling, healthy meal.

Lifelong friends Paul Whitehouse and Bob Mortimer have more in common than just their love of comedy – they have both recently suffered from heart disease and directly faced their own mortality.

This series follows them as they re-connect with each other and share their personal and often hilarious experiences of life while testing the parameters of true friendship … on a soggy riverbank.

Experienced angler Paul takes Bob to some of the most tranquil and naturally beautiful places in the UK to try to teach him the peaceful art of fishing, while Bob reveals his new found culinary skills by cooking health conscious meals for Paul.