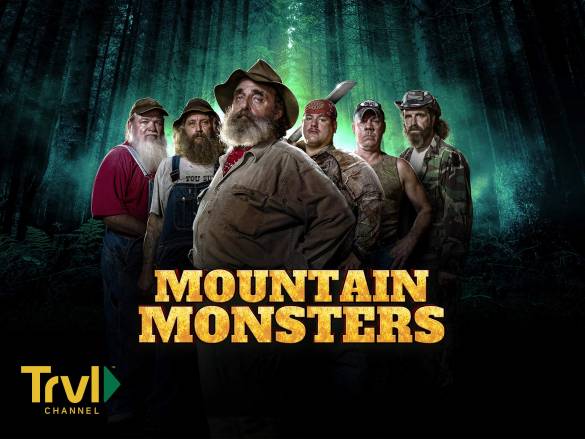 Bloodbath in the Woods: The AIMS team comes in hot onto a cattle farm after realizing the Grafton Monster is hunting livestock. They then set off on a mission to hunt for what they believe is the cryptozoic creature’s most recent victim and encounter an absolute bloodbath.

For hundreds of years, Bigfoot has put Americans on edge with sightings of giant man-beasts lurking in the forest, discoveries of massive footprints in the mud, and reports of disembodied howls floating in the nighttime. Nowhere does the mystery of Bigfoot’s existence run deeper than in the backcountry of Appalachia where, over the last 10 years alone, the Appalachian Investigators of Mysterious Sightings (AIMS) has uncovered more than a dozen different clans of Bigfoot that call the mountain region home. Locals have their own names for these enormous ape-like creatures, from Midnight Whistlers to the Wildman, but they’re all Bigfoot in the end. Trapper and his team of expert hunters and outdoorsmen – including Jeff, Willy, Wild Bill, Huckleberry, and Buck – have spent their entire lives navigating Appalachia’s rough terrain, surviving off the land, and practicing do-it-yourself resourcefulness in preparation for their toughest challenge yet: defending mountain communities from Bigfoot, the most legendary monster ever rumored to exist. Now, in the third season of Destination America’s hit series Mountain Monsters, AIMS travels to remote corners of the Appalachian wilderness, putting a lifetime of training to the ultimate test, as they track and attempt to trap local Bigfoots across the region in a quest to prove they are fact, not folklore.