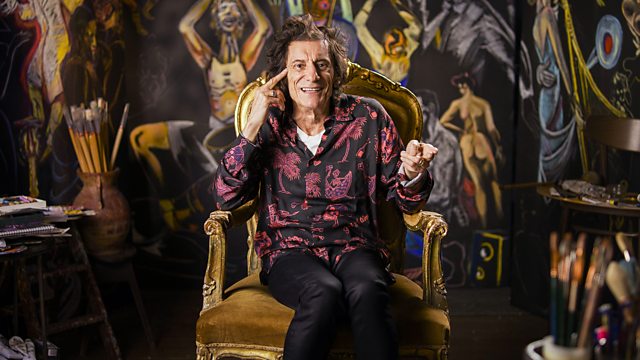 Ronnie Wood is a cultural icon, guitar hero, artist and the living embodiment of the vibrancy of British born rock and roll. In this documentary Ronnie talks exclusively about his career in music and his life as a Rolling Stone with its exhilarating highs and sometimes dangerous lows.

Through vivid archive, brilliant music and interviews with a stellar cast of musicians, the film reveals how he binds the band together through his musical virtuosity and his irresistibly, positive personality.