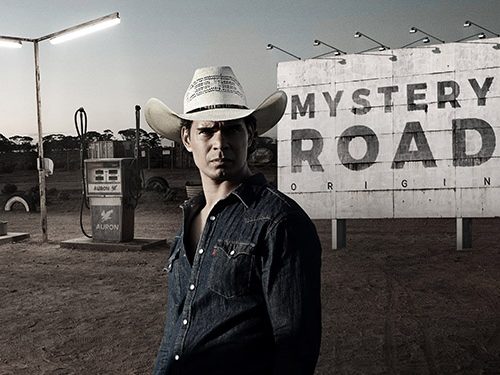 After finding his father, Jack (Kelton Pell), a local rodeo and shooting legend, hitchhiking on the highway, Jay inadvertently steps into an armed hold-up at a roadhouse. The thieves escape and Jay is manhandled by police until his new boss, Sergeant Peter Lovric (Steve Bisley), arrives and introduces Jay to his new colleagues Snr Constable Max Armine (Hayley McElhinney) and Constable Cindy Cheng (Grace Chow).

Jay follows a clue in the roadhouse robbery to a machinery hire company and although he’s stonewalled, when there’s a suspicious accident involving one of its workers, it feels like there might be a connection.

It’s 1999, and Constable Jay Swan, a charismatic young officer arrives at his new station. Fresh from the city and tipped for big things, Jay might be the new copper, but he’s not new to this town. His estranged father Jack lives here, as does the woman who will change his life forever, Mary. Mystery Road: Origin will explore how a tragic death, an epic love, and the brutal reality of life as a police officer straddling two worlds, form the indelible mould out of which will emerge, Detective Jay Swan.