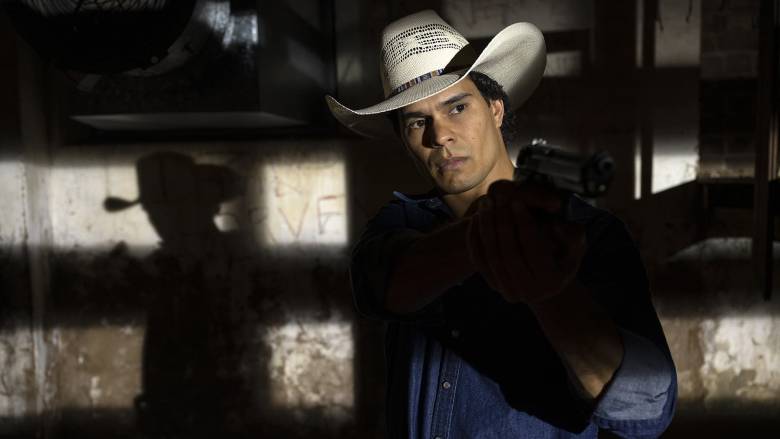 In the final episode of the season The Kelly Gang returns to the Roadhouse for Lartesha’s (Serene Yunupingu) intended ‘payback’: to hold up a gold ore shipment and chain the Southwells to a historical whipping tree. However, Jay (Mark Coles Smith) is also present because of hints he discovered at their covert location. Xavier (Jayden Popik) and Texas (Tristan Gorey) are both shot during the ensuing shootout.

Scattering Jack’s ashes outside of town with Sputty (Clarence Ryan), Jay flags down Rex as he drives past. The old man has scratches on his arm and Jay sees a fragment of Mary’s cardigan hanging from the car. Jay gives chase to a nearby forest. Rex is about to throw Mary into a mineshaft when Jay shoots him. As Rex falls, he pulls Mary into the hole. She survives the fall and finds Anousha also in the pit, along with shocking evidence of police brutality by Rex and Abe.

Sputty tells Jay he forged Jack’s signature on the AbCorp road project paperwork for cash. He reveals Patrick (Daniel Henshall) was the one collecting signatures. Jay finds out who was really behind his father’s death.