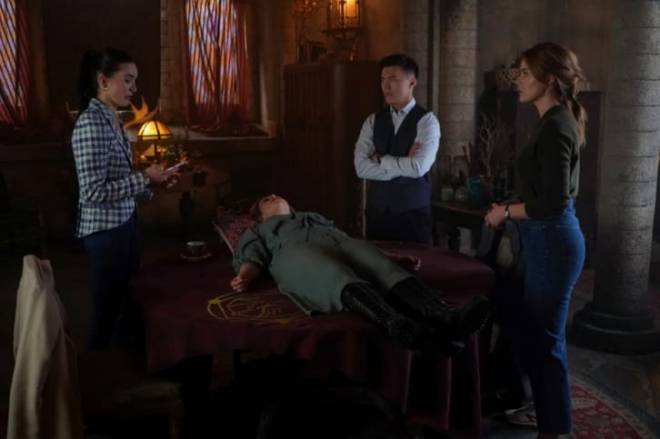 Meanwhile, Ace (Alex Saxon) and Ryan (Riley Smith) discover a haunting at the Historical Society, and George (Leah Lewis) meets a friend from Nick’s (Tunji Kasim) past who may have secrets of her own.