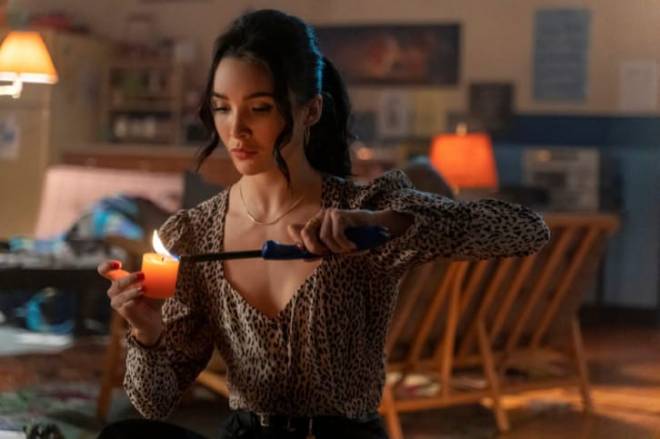 The Witch Tree Symbol: Nancy (Kennedy McMann) searches for a missing person targeted by Temperance (guest star Olivia Taylor Dudley), who has also placed a fatal hex on the kids of the Youth Center. With the solution to the Frozen Hearts mystery almost in their grasp, a shocking reversal puts the Drew Crew (Kennedy McMann, Leah Lewis, Maddison Jaizani, Tunji Kasim, Alex Saxon), in the crosshairs.