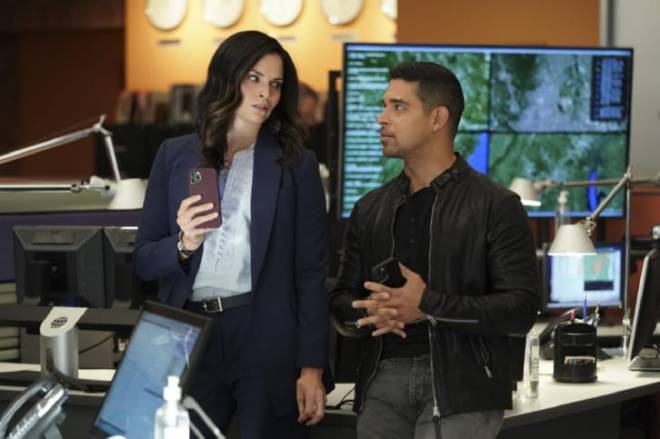 Docked: NCIS investigates the death of a man on a cruise ship whose body is discovered in the ship’s sauna by none other than McGee’s mother-in-law, Judy (Patricia Richardson).