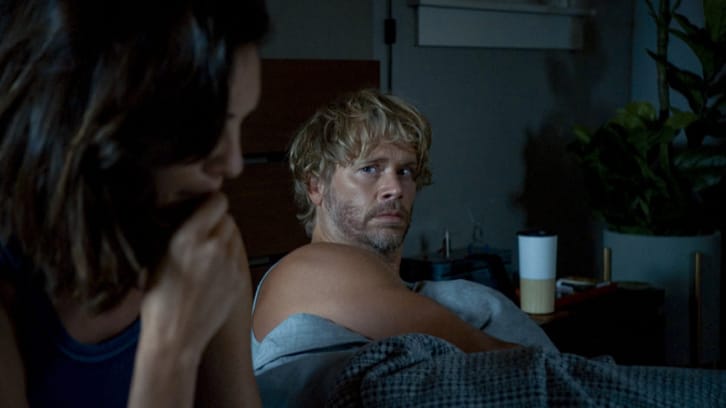 Indentured: Sam and Kilbride clash when a case involving an arms dealer responsible for the slaughter of ATF agents leads them to a well-connected colonel and friend of Kilbride, accused of supplying militia groups with guns. Also, Kensi and Fatima go undercover at a rehab facility to question the arms dealer’s girlfriend.

NCIS: Los Angeles is a drama about the high-stakes world of a division of NCIS that is charged with apprehending dangerous and elusive criminals that pose a threat to the nation’s security. By assuming false identities and utilizing the most advanced technology, this team of highly-trained agents goes deep undercover, putting their lives on the line in the field to bring down their targets.