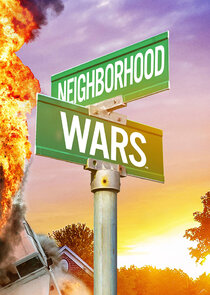 When one of her neighbors rides a bicycle on the sidewalk in Chicago, a pedestrian loses her cool.

A neighbor in South Carolina is confronted for parking in a spot designated for people with disabilities even though she doesn’t appear to have one.

And a neighbor in Atlantic City intervenes to teach two adolescent boys a lesson in respect after they start fighting.

With a record number of Americans trading city life for homes in the suburbs, relationships between neighbors are being put to the test. Neighborhood Wars takes viewers into the homes and backyards of neighbors across the country with some of the most unexpected and emotionally charged events caught on camera. Featuring footage from cell phones, drones, home security cameras and more, the series showcases the kindness and conflict between real-life neighbors throughout the US.