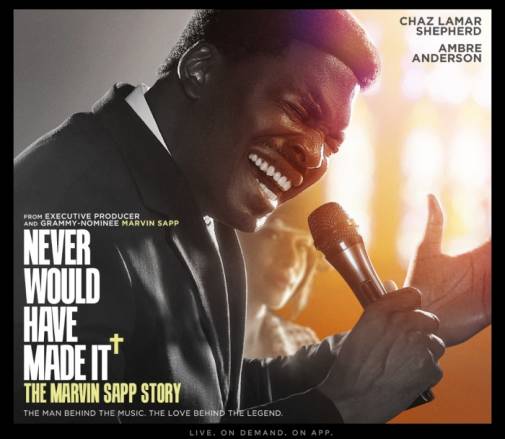 The Marvin Sapp biopic traces the life of the well-known gospel musician and preacher, including his Michigan upbringing, struggle with teen alcoholism, love for MaLinda Prince, ascent in the music business, and development of his faith. Sapp first gained notoriety as a member of Commissioned more than 30 years ago. He is well-known for his multi-award-winning, number-one crossover hit “Never Would Have Made It.” He currently works as an author, host of a radio programme, senior pastor of The Chosen Vessel Cathedral in Dallas, Texas, and pastor emeritus of Lighthouse Full Life Center, the church he and his late wife founded in Grand Rapids, Michigan.

The film is directed by Russ Parr.