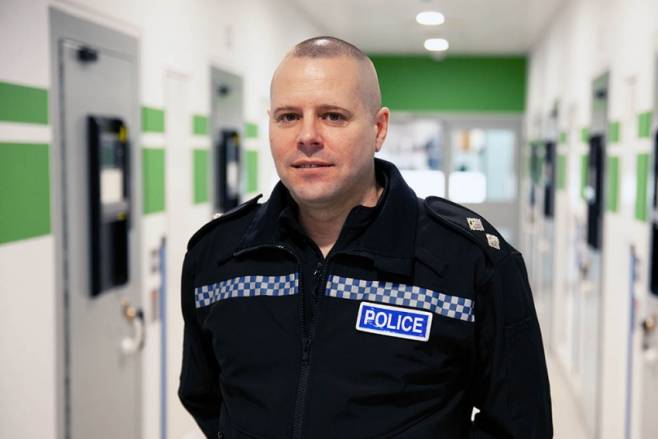 With a new, innovative, and ground-breaking way of working, Hotel Custody explores the extraordinary situations and scenarios that custody officers deal with every day.

Filmed at the state-of-the-art Birchin Way Custody Facility in Grimsby, which cost £14 million, the facility is remanding people in custody in a novel way that, if it is successful, will be adopted nationally.

The ground-breaking new facility treats detainees more like customers than like criminals. Viewers get a behind-the-scenes look at one of Britain’s busiest police custody suites using a contentious method of running custody units.

The officers working at the facility are trying to modernise the look of the British penal system with this “innocent until proven guilty” mentality. This behind-the-scenes programme tells the human stories of those passing through the custody system; the facility handles over 6000 detainees annually. The officers are known for their tough roles, quick wit, and dry humour.

To improve the welfare of those who find themselves in custody and lower recidivism, the custody officers are constantly working. Each of the 36 cells has a television, bathroom, sink, intercom, and “room service.”

The daily operations of a contemporary, busy custody suite—the “gateway” for anyone entering the criminal justice system—are examined in Hotel Custody. This series reveals the identities of those who break the law for the first time or the hundredth time, from drunk drivers to armed robbers, and gives them a face and a narrative rather than just a number.

In the first episode of the series, Halloween night in the Grimsby detention facility is completely insane. The Joker and Harley Quinn have been registered for assault. A “welcoming party” is necessary for a violent prisoner. While Gangsta Granny looks forward to her prison “vacation.”