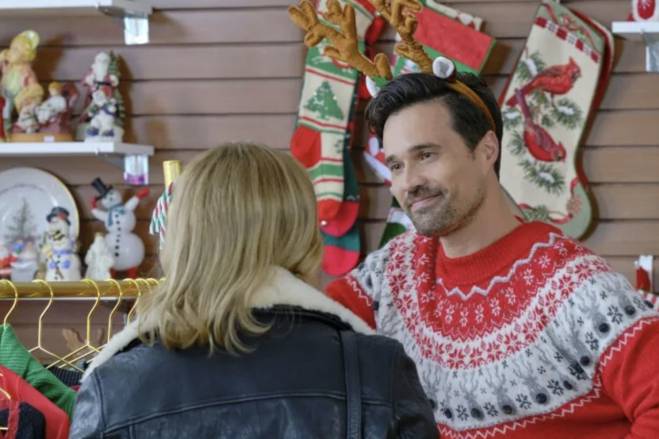 Quinn (Eloise Mumford), an up-and-coming music manager, is ordered by her boss to return to her hometown and oversee a live telecast reunion of the legendary musical duo, Bedford & Sullivan. However, one of the musicians, Mike Sullivan (Gallagher), is her estranged father.

Mike and his former bandmate, Steve Bedford (Campbell), had a contentious relationship that ended 10 years ago after Mike showed up unable to play a sold-out concert. Shortly thereafter, Quinn broke off communication and hasn’t seen her dad since. While Quinn unpacks the relationship with Mike, she must also navigate her relationship with Steve’s son and manager, Jason Bedford (Dalton). He is also tasked with overseeing the televised event and they have their hands full with the complicated history between their fathers.

After many bumps along the road, the fractured friendship between the stars begins to mend. Ultimately, Quinn and Jason must come together to produce a fantastic, televised event for the holiday season.