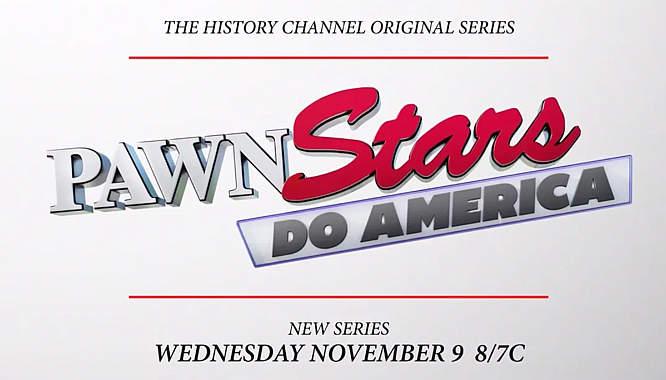 Chum, Rick, and Corey are traveling to the seat of government. The patriotic friends will enlist the aid of a few reliable professionals to establish the law for fair deals. Between the two incidents, Chum and Corey run amok in a huge mansion, and Rick mulls over a million-dollar relic from a significant period in American history.

Wednesday December 7 at 20:00 on History

For the first time, the "Pawn Stars" are hitting the road to visit some of America’s most exciting places in search of historical finds and impressive collectible objects in the new 8-part series Pawn Stars Do America. Each two-hour episode follows Rick Harrison, Corey Harrison and Austin "Chumlee" Russell as they step out of the World Famous Gold & Silver Pawn Shop in Las Vegas to connect with fans in eight different cities and acquire some of the most remarkable items imaginable.