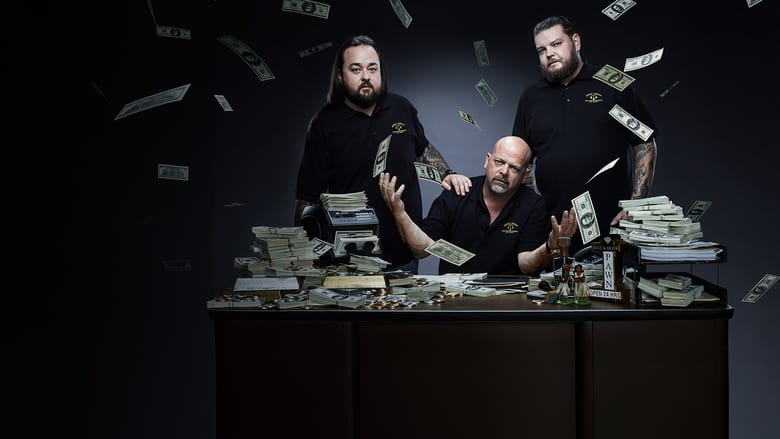 Once a Pawn a Time in Hollywood: When a vintage Yellow Cab hat pulls into the shop, can Rick hail a fare deal? Next, a seller pops in with a gum ball machine. Will he stick to a fair price, or do Corey and Chum have to burst his bubble? Then, Corey gets to play with the world's first video game console. Can he control the negotiation, or will it be game over? Finally, Rick and Chum are ready for their close up as they head west to check out a treasure trove of Hollywood memorabilia in California.

Long before banks, ATMS and check-cashing services, there were pawn shops. Pawning was the leading form of consumer credit in the United States until the 1950s, and pawn shops are still helping everyday people make ends meet. Pawn Stars takes you inside the colorful world of the pawn business. At the Gold & Silver Pawn Shop on the outskirts of Las Vegas, three generations of the Harrison family – grandfather Richard, son Rick and grandson Corey – jointly run the family business, and there's clashing and camaraderie every step of the way. The three men use their sharp eyes and skills to assess the value of items from the commonplace to the truly historic, including a 16th-century samurai sword, a Super Bowl ring, a Picasso painting and a 17th-century stay of execution. It's up to them to determine what's real and what's fake, as they reveal the often surprising answer to the questions on everyone's mind, "What's the story behind it?" and "What's it worth?"