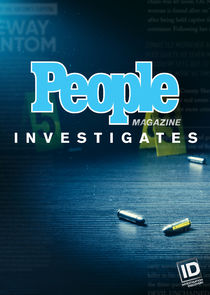 A Crimson End: When two members of a prominent family are murdered in Arkansas, a teenage boy is arrested and pleads guilty, but one member of the victims’ family believes he is innocent for 24 years, but once released she is confronted with his true nature.

Ripped from the pages of one of the nation's top weekly magazines, People Magazine Investigates goes beyond the headlines to uncover the heart-wrenching stories of lives and families ripped apart. These are crime stories that transcended news and became part of popular culture. Interlaced within each episode are exclusive interviews with People's journalists and firsthand emotional interviews with those closest to the investigation revealing shocking twists, new evidence, and unexpected resolutions.