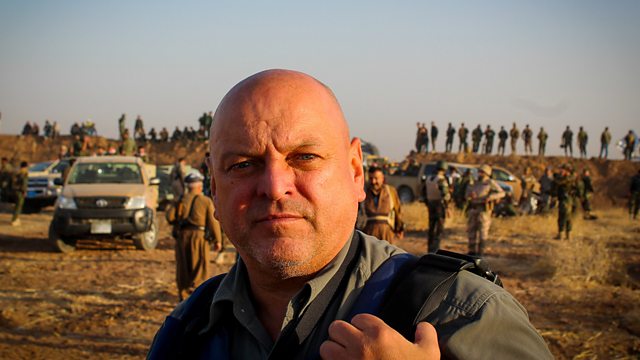 Iraq: War photographer David Pratt takes a trip back to Iraq, the beautiful, traumatised land whose conflicts he has covered for over three decades.

As the journey proceeds, the action flashes back to other times when David was present in Iraq: in 1991 before the Gulf War, the Iraq War in 2003 and then when he was embedded with American troops. For at least some of the time, David was there as an independent reporter, selling pictures and stories to many outlets.

David addresses the darkest period in Iraq’s recent history: the rise and bloody reign of Isis. Using a series of carefully edited Isis propaganda videos, sourced from the BBC Monitoring Jihadist Unit, David describes the brutality of the Isis regime.

Take a trip with war photographer David Pratt to revisit the conflict zones, past and present, that have shaped our world.