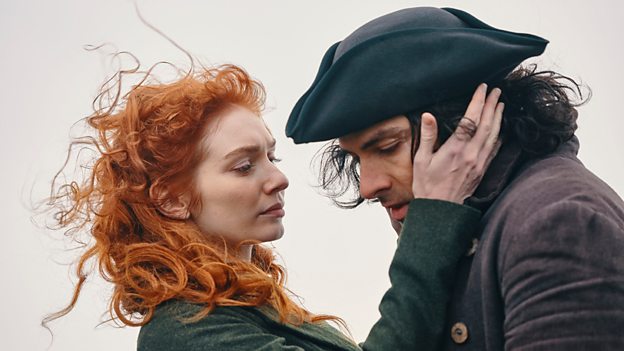 And so after 5 series the Poldark saga comes to a close with this final episode airing Monday 26 August at 8.30pm on BBC One.

The covert invasion adds a general to their ranks, as Ross (Aidan Tuner) seeks the means to foil the plot and prove Merceron (Tim Dutton) and Hanson (Peter Sullivan) are involved.

But his refusal to involve Demelza (Eleanor Tomlinson) opens old wounds and insecurities, and the suspicion of a romantic motivation. With everything on the line, George (Jack Farthing) must wrestle his prejudice for the sake of saving lives, as the fate of Cornwall hangs in the balance.

Ross actions redeem him with the crown, and as Drake (Harry Richardson) and Morwenna (Ellise Chappell) start an adventure in parenthood and Sam (Tom York) and Rosina (Amelia Clarkson) are husband and wife, Ross’s abilities are put to use overseas for King and country.

Drama. A dramatisation of the inquiry into the death of Stephen Lawrence, based on the actual transcripts and London’s Tricycle...

She Cancelled…: Fallon’s (Liz Gillies) world turns upside down when she becomes the internet’s new queen of mean and her...

Who Wanted Howard Pilmar Dead?: Richard Scheslinger reports on a New York City businessman who was found murdered and the...

Country Fried Persians: When Destiney surprises Sara’s brother for his birthday, she discovers a different side to Sam; Erica parts...