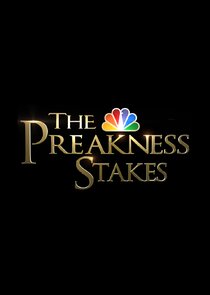 In addition, musicians The Chainsmokers, Marshmellow, and Moneybagg Yo will rock the infield with performances of their biggest hits throughout the broadcast.

The Preakness Stakes is an American thoroughbred horse race held on the third Saturday in May each year at Pimlico Race Course in Baltimore, Maryland. It is a Grade I race run over a distance of 9.5 furlongs (1+3⁄16 miles (1,900 m)) on dirt. Colts and geldings carry 126 pounds (57 kg); fillies 121 pounds (55 kg). It is the second jewel of the Triple Crown, held two weeks after the Kentucky Derby and three weeks before the Belmont Stakes.

First run in 1873, the Preakness Stakes was named by a former Maryland governor after the colt who won the first Dinner Party Stakes at Pimlico. The race has been termed "The Run for the Black-Eyed Susans" because a blanket of Maryland’s state flower is placed across the withers of the winning colt or filly. Attendance at the Preakness Stakes ranks second in North America among equestrian events, surpassed only by the Kentucky Derby.