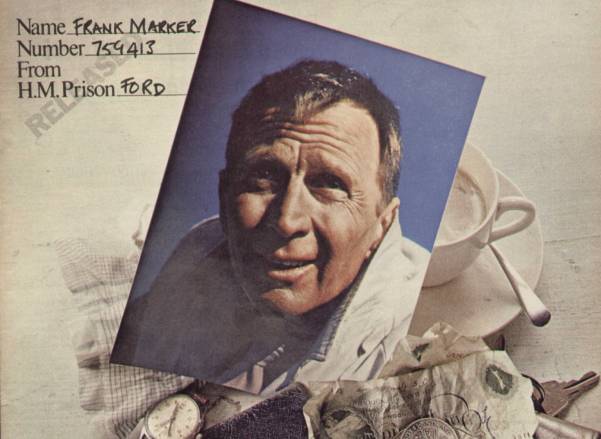 In A Fixed Address, the final episode of the fourth season, Frank and his landlady Mrs Mortimer are becoming good friends but the dynamic is upset when Mrs Mortimer’s husband Dennis turns up unexpectedly. Dennis turns out to be very annoying, and has an ulterior motive anyway. Frank is not impressed but he’s more put out about the fact that Hull and Mrs Mortimer had a private conversation about his future.

Frank has also decided that he needs to look for premises to set out on his own again. The problem is he hasn’t told his probation officer Hull. Luckily for Frank, Hull agrees that working for himself would be the best thing for him.

The episode, and the season, ends nicely with Frank in his office having taken his first phone call (sadly it was about a missing dog!) and having cleared the air with Mrs Mortimer.

Things would change again next season but at this point it looked like Frank was set for an extended stay in Brighton.