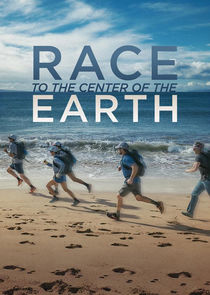 A Million Bucks Or Bust: After 13 gruelling days racing in their separate corners around the world, the four teams converge at the final destination for an epic head-to-head battle, where just one will walk away with the million-dollar prize.

Race to the Center of the Earth is an extreme, nonelimination competition series that pits four teams of three contestants against one another in a nonstop adventure across the globe. Teams start from different corners of the Earth and race to be the first to reach the remote location that holds the $1,000,000 prize.