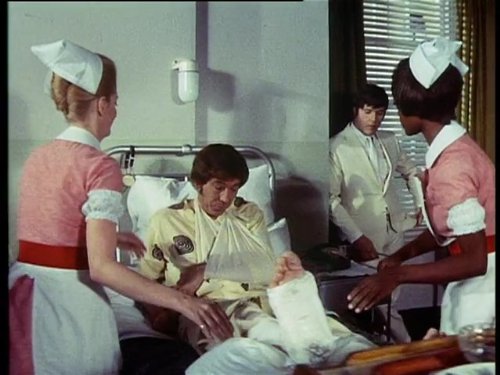 The Ghost Talks: With Jeff in a hospital bed with an arm and a leg in plaster, having fallen off a balcony while attempting to apprehend a safe-cracker, Marty seizes the opportunity to tell him about a spy drama that he handled alone (Jeff being out of town at the time) while he was still alive, involving a corrupt MI5 official and spy ring, the details of which he had never revealed before.