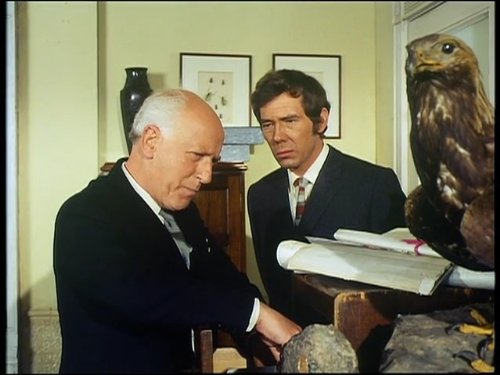 Who Killed Cock Robin?: In this murder mystery, Jeff is hired by a large estate manager to investigate a series of bird shootings in the manor aviary. Under the terms of the will of the manor’s late owner, the estate is being held in trust for as long as the birds live (which could be twenty years or more), and will be divided up equally among the surviving relatives only when all the birds are dead.

While Jeff keeps guard of the valuable birds, he discovers that members of the family of the manor are being murdered one by one, gradually narrowing down the suspects, leaving Jeff with the surprising culprit. Cyril Luckham appears as Laverick. Jane Merrow appears as Sandra Joyce.