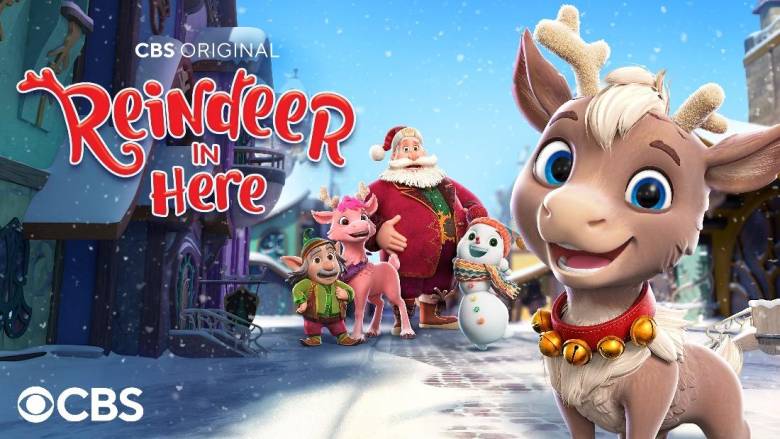 REINDEER IN HERE is the heartwarming tale of how Blizzard (Blizz), a young reindeer with one antler that is noticeably smaller than the other, and his unusual group of friends band together to save the future of Christmas. It is based on the award-winning Christmas book and plush set created by acclaimed author Adam Reed, was written for the screen by Greg Erb & Jason Oremland, and was directed by former head of animation for Walt Disney Animation Studios Lino By doing this, they unintentionally establish a unique and magical holiday tradition.

REINDEER IN HERE is executive produced by Adam Reed and based on the book of the same name. The special is produced by CBS’ Eye Animation Productions, CBS Studios’ animation arm. Executive producers and writers are Greg Erb and Jason Oremland (credits include Oscar-nominated “The Princess and The Frog” and MONSTER HIGH: THE MOVIE for Paramount+).