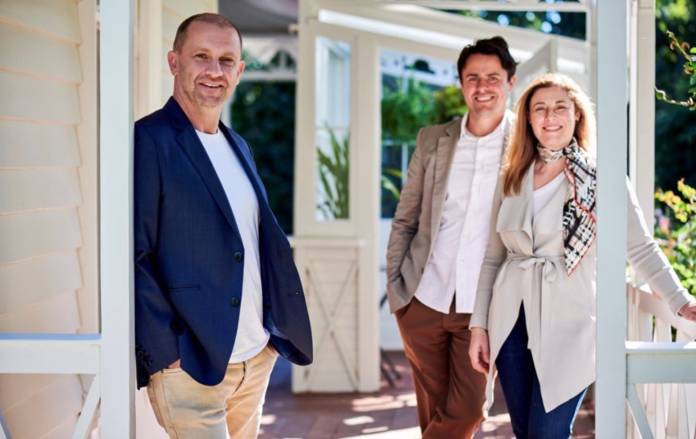 Host Anthony Burke meets a couple who have purchased one of the most significant buildings in the historic town of Kyneton, Victoria.

The historic town of Kyneton, just an hour north of Melbourne is set within the breath-taking landscape of the Macedon ranges. Back in the mid-1800s it was the gateway to the goldmines and has accommodated the likes of notorious bushranger Ned Kelly and Australia’s second Prime Minister, Alfred Deakin.

Kyneton is also home to one of the oldest and most notable surviving Victorian Manor houses of its era, in Australia. The property, affectionately known as The Lawns, is a delightfully dishevelled four-bedroom timber house and needs a massive amount of work.

Fifth generation Kyneton native Shannon and his wife Liza have fallen in love with the stately home and paid $1.6 million dollars for the heritage listed property, which is set on almost three thousand overgrown square metres of land.

The Boyers have promised to resurrect this significant old building using only the most authentic methods and materials. Shannon, a self-confessed perfectionist, with exceptionally high standards won’t be cutting any corners or sparing any expense. He’s scoured the country to find the best, highly skilled, traditional tradespeople to join him in this masterclass in authentic restoration.

Restoration Australia’s host Anthony Burke accompanies The Boyers on their quest to set an example of what true restoration looks like. But have they set the bar too high…?