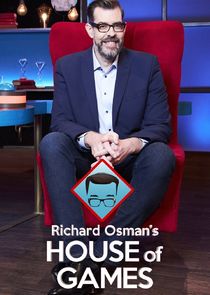 Richard Osman’s House of Games is a game show in which a group of four celebrities go toe to toe in testing their general knowledge skills in a variety of entertaining trivia-based games.

Competing over the course of a week, each day the celebrity contestants will take on a series of challenging quiz games selected by the host, teatime quiz legend, Richard Osman. A daily winner will be declared following a quick-fire round at the end of each show as the scores are tallied across the week resulting in an overall champion being crowned on Friday. Will the winning stars opt for the much coveted House of Games driving gloves, or instead go for the must-have branded dressing gown?