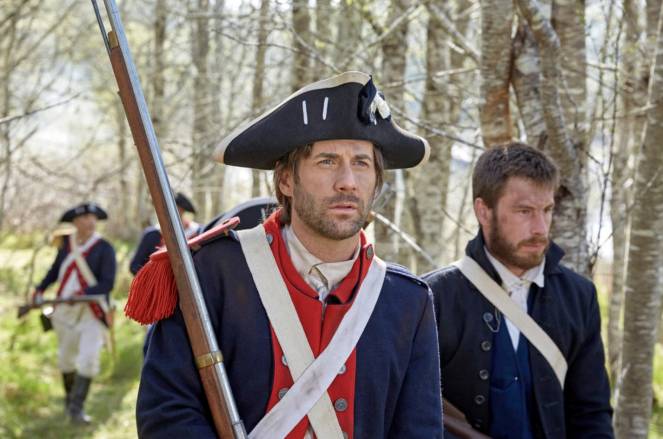 As a strange storm blows through upstate New York, farmer Sarah (DeVitto) finds a disoriented, polite man named Rip (Matter) wearing 18th century clothes. Sarah attempts to help Rip, who seems baffled by modern technology and claims to have been born in 1758. The local deputy, Ted (Casey Manderson, “Nutshells”), soon finds that Rip is a mystery – there’s no record of him anywhere. Sensing Rip is kind, Sarah keeps him on as a farmhand while he recovers his faculties.

While Sarah’s father and son all quickly warm to him, the only one who disapproves is Ted, who worries Rip is trouble. With Rip’s help, the struggling farm rebounds, and he and Sarah grow closer. To help Rip recover his memories, Sarah takes him to New York City, where doctors are unable to disprove his story.

Finally, a quantum physicist admits Rip’s tale is theoretically possible and he may even be able to return to his own time. Rip is torn between a desire to go home and his newfound feelings for Sarah share. Could the two out of time people find a path to happiness in the modern world?