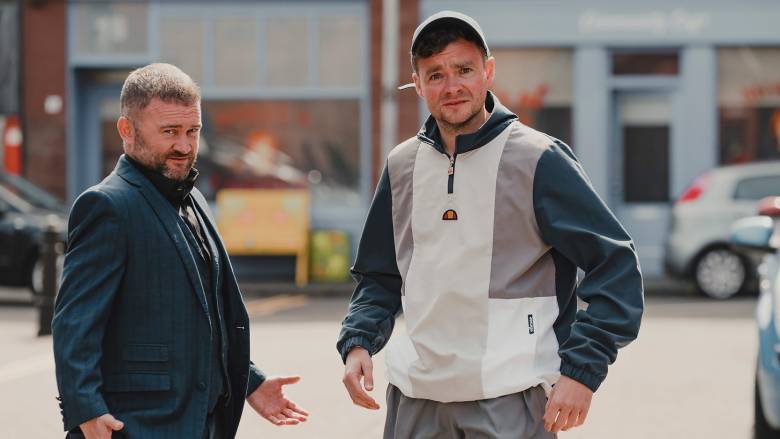 In this unique special episode, which is part of River City’s 20th anniversary celebrations, Bob considers his two decades in Shieldinch. Best friends Bob and Angus wake up in a multiverse where many of their past friends they thought were lost still exist after consuming alcohol from a mysterious bottle.

Angus takes Bob to the Tall Ship to celebrate his birthday. However, Caitlin offers the boys a bottle to take away and celebrate at Scarlett’s when the pub floods. But the birthday celebration at his mother’s house with soggy sandwiches wasn’t quite what a dejected Bob had in mind.

Bob and Angus are sitting on Deek’s bench on Montego Street as Bob muses over his life. The two hungover individuals awaken unexpectedly in a world they do not recognise, where their lives have taken a completely different turn.

The best friends encounter well-known characters from Shieldinch’s past and present as they make their way through this bizarre multiverse.

Over 1,300 episodes of River City, which premiered on September 24, 2002, have been produced over the course of its 20-year run as a popular Scottish drama. Filmed at the BBC Dumbarton Studios outside of Glasgow.