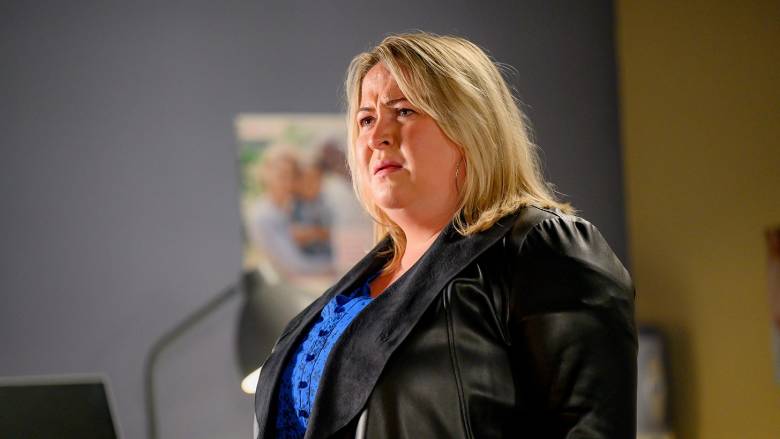 This week in Shieldinch… realising Ellie faces IVF alone, Caitlin has a choice to make about their feud; Kim’s plans for the future stall when chilling news puts her family in jeopardy; and while Stevie bonds with Sam, Scarlett’s past catches up with her.

With her egg harvesting appointment looming, Ellie turns to Roisin for support. Roisin urges Ellie to make amends with Caitlin; at times like these she needs her family around her.

At the IVF clinic, Ellie is stunned when Caitlin arrives. With the sibling feud finally on hold, Ellie’s IVF optimism proves short-lived when the fertility doctor breaks bad news.

Elsewhere, Kim is overwhelmed by plans for the baby’s arrival. Fearing there’s not enough room for her growing family in the flat, she tells Bob it’s time she moved on. Keen to keep her close, Bob and Angus hatch a plan to keep everyone together.

However, as the friends look forward to their new future together, Lou brings shocking news from Kim’s past.

Stevie and Sam try to find some common ground and build their relationship. However, Stevie’s attempts to become a football aficionado fall short.

Later, Scarlett is stunned when Duncan confronts her about their shared past… and he knows the truth.