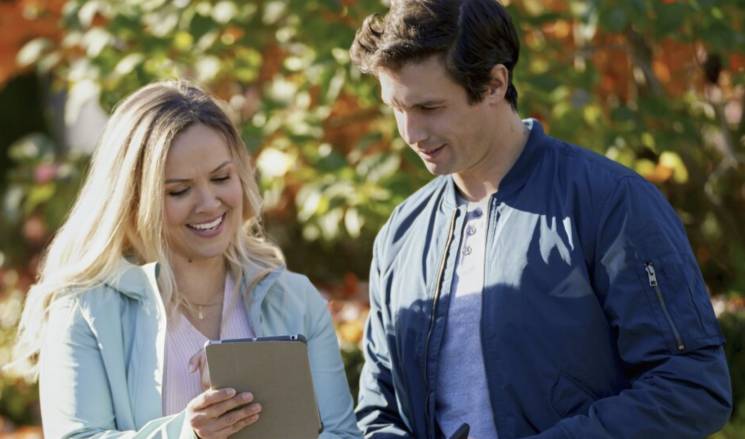 It’s Taylor’s (Ullerup) 30th birthday and so far, it’s like any other day – which is just how she likes it – starting with an anti-anxiety exercise as she heads into work as the sole proprietor of Space to Live, a store that offers everything for organizational needs. The only thing different seems to be Josh (James), the cute single dad and new neighbor, who has moved in across the street and seems to be an unorganized mess. When Taylor is gifted with a map, her uneventful birthday turns into a life-altering event when the map leads her to a buried time capsule.

With the help of her dad (Richard Jones, “Five Star Christmas”), Taylor opens the time capsule and discovers her late mother has left her six numbered envelopes with instructions to open them consecutively over the course of six weeks. Each contains a challenge for Taylor to complete that were designed by her mother to help face her anxieties her mother knew that would hold her back.

Helping push Taylor to conquer her anxieties, Josh also harbors fears of his own – that he isn’t enough for his daughter – but what he didn’t bargain for are his feelings for Taylor, as he’s pulled into the excitement of the challenges. With each challenge she completes, Taylor expands her horizons and is given the nudge she needs in life to help her open her mind to the possibility
of love.