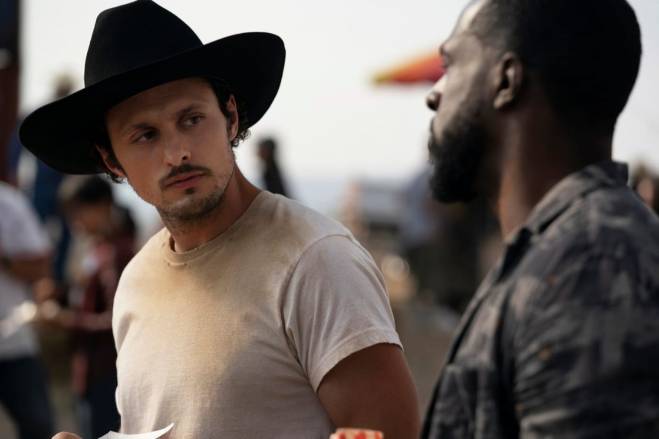 Steal My Sunshine: With the threat of Jones no longer present, we find Liz (Jeanine Mason) teaching while Max (Nathan Dean) assists his ex-partner in a string of recent bank robberies in a peaceful Roswell. Our couples are happy and prospering, but a sudden storm has everyone on edge, unsure of what will happen next.