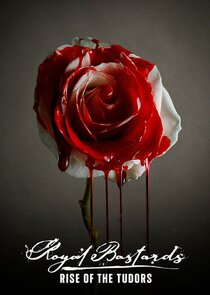 Episode 3 focuses on the final period of turbulent conflict – and the story of the infamous King Richard III. In April of 1483, Edward IV dies unexpectedly and the future of England is once again thrown up in the air. Edward IV’s son and heir Edward V should be crowned king – but the prince’s uncle, the dead king’s youngest brother Richard III, takes control and takes the throne. Sky HISTORY details Richard’s power grab, but we also learn about those who joined forces to rebel against his reign. Margaret Beaufort comes into focus as a seasoned political operator, playing a leading role in the rising against Richard – ultimately securing a valuable marriage for her son Henry Tudor, and laying the foundations for his successful invasion and victory over Richard at the battle of Bosworth.

Docudrama telling the story of the Wars of the Roses and charting the origins of the Tudor dynasty through the women who shaped the course of English history.