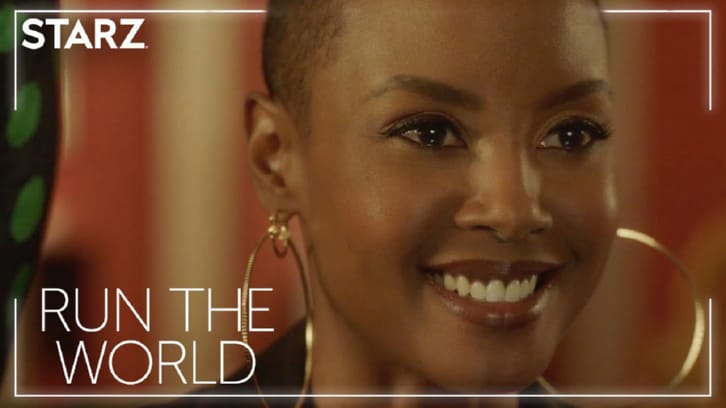 Set in Harlem, “Run the World” follows a group of smart, funny, and vibrant thirty-something Black women – fiercely loyal best friends – who live, work and play in Harlem. As they strive for world domination, they each navigate career highs and lows, hookups and heartbreaks that causes them to re-evaluate who they are and where they are going. At its core, it’s an authentic and unapologetic show about enviable friendship and not only surviving – but thriving together. The series, which exemplifies STARZ #TakeTheLead commitment, stars Amber Stevens West (“The Carmichael Show”) as “Whitney,” a perfectionist who almost always plays by the rules; Andrea Bordeaux (“NCIS: Los Angeles”) as “Ella,” an audacious romantic, who is figuring out what she truly wants both personally and professionally; Bresha Webb (“Marlon”) as “Renee,” the vivacious, soon-to-be-divorced diva with a seemingly thriving career; and Corbin Reid (“Valor”) as “Sondi,” an erudite professional who begins to reevaluate both her career and personal priorities.