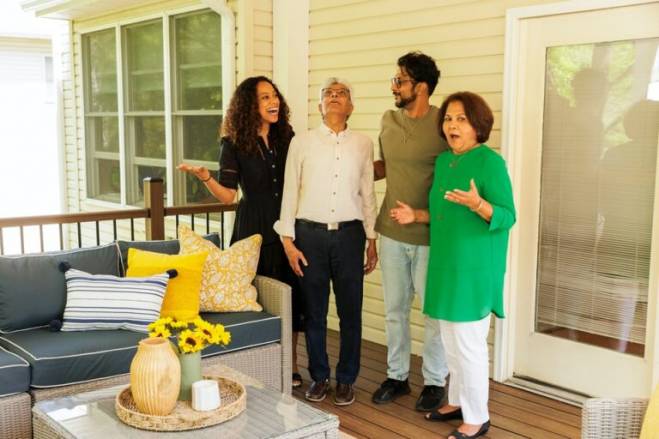 Utkarsh Ambudkar, who plays Utkarsh in Ghosts, travels back to Gaithersburg, Maryland, where he helps renovate his parents’ house and create a backyard oasis (among other things!) so they can enjoy it with their large extended family. Utkarsh thinks about being able to finally repay his parents for giving up their own ambitions to ensure he had opportunities they never had during his visit.

The series is produced by Juma Entertainment with Robert Horowitz, Brady Connell and Peter DeVita serving as executive producers.