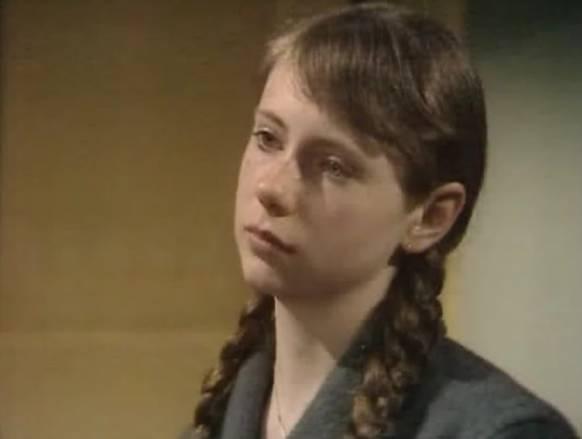 In the very unsettling Sugar and Spice Anne Brand is disturbed on returning home and discovering her daughter Judy has returned home from school without her younger brother Michael. Judy claims that her father, Victor, picked him up from school and was taking him to see the woman he has been having an affair with. Later Victor returns home worse for wear, clearly having had a drink or three, and doesn’t know where Michael is.

Judy is clearly upto something, Victor makes it plain he hasn’t seen his lover for some time and she is actually marrying somebody else. When Anne tries to stop Victor confronting Judy about where Michael really is, she takes a tumble down the stairs and is killed. 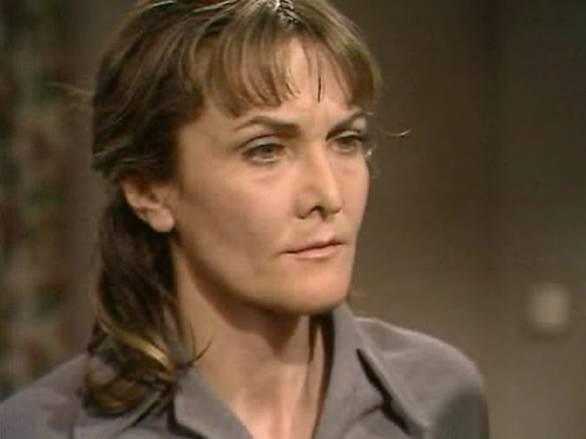 Sheila Hancock whose role in the drama does not end well for her.

Victor immediately calls a doctor but when he arrives he finds that Anne is now clutching Michael’s glasses and schoolcap, Judy also tells him that she saw her father push her mother down the stairs after they were arguing about Michael. She also tells the doctor to look in the cupboard under the stairs. It’s very obvious, although we don’t see it, that the body of Michael is in there.

Phew talk about disturbing. Young Judy is a psychopath and has managed to get rid of her entire family in one fell swoop. And gets away with it too. Clearly Judy had killed her brother and was initially trying to throw suspicion her father’s way but with her mother’s accidental death it gives her another option.

The title of the episode comes from the old nursery rhyme what are little girls made of – sugar and spice and all things nice! Well not this little girl. 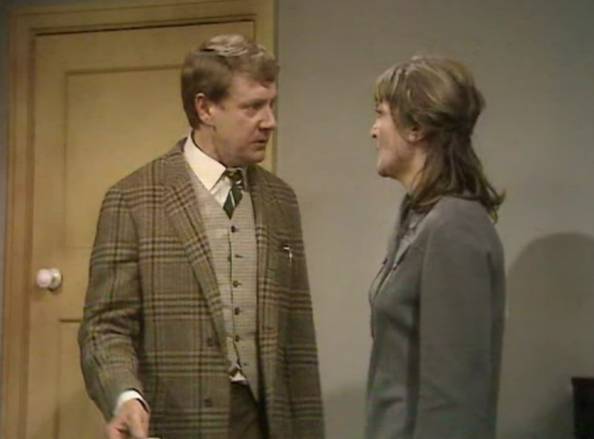